Golden Ages that bring a boom in prosperity for everyone are littered throughout history.

I have always been fascinated by history. Particularly, western civilization, philosophy, and the meaning of life.

There is so much we can learn from the past. We often think that our problems are unique to our age, when, in reality, every stage of human history shares a common human experience.

All young people think they are special and different from their parents, and, likewise, older generations feel the younger ones think they know everything!

When I was 26, I visited Greece, Egypt, and Israel (among other places). I crawled inside the Great Pyramid of Giza, strolled among the ruins of the Parthenon in Athens, lingered in the Agora where Socrates, Plato, and Aristotle congregated. I walked around the old city of Jerusalem on top of the original walls.

I couldn’t understand why I didn’t visit Rome and Paris at that time. It didn’t make any sense. However, upon reflection, I can see that I was waiting for the right companion. All travel is better when shared with the right company! It was only when Anjou and I got together and exchanged ideas and thought forms that we visited Paris, Rome, Venice, and Florence together.

Anjou and I loved to talk about history, particularly the Golden Ages and what caused some a boom in prosperity for everyone. We were inspired by the ushering in of the modern era starting in Florence during the Renaissance.

Anjou and I certainly did not agree with each other on everything. We had very lively debates of cherished ideas, and we both came away richer for the interchange. These interactions led to a very profound clean slate for insight and wisdom. From this place, we explored the ancient world’s secrets.

One of our most profound discoveries was the ideas, art, culture, philosophy, and spirit of the Renaissance. The name Renaissance means “rebirth” in French. Starting in Florence, in the 14th century until the 17th century, this period marks the end of the “Dark Ages” and enters in the modern era that we live in today.

The Renaissance was one of those “Golden Ages” that we look back on where an explosion of wealth, wisdom, art and culture seemingly comes out of nowhere and changes everything.

Most people think the Renaissance was about art, literature, music, architecture, and when they go to Italy they look at these beautiful examples of the best of humanity. What most people don’t realize is that this era was precipitated by the fall of Constantinople (modern-day Istanbul) in 1450 and the world’s best scholars and philosophers fled to Italy. The Medici family sponsored artists, poets, philosophers, and architects to inspire the population to renew the values and way of life of the Ancient Greeks during their Golden Age.

This helped to free people from the repression and control of the Vatican.

I will never forget the first time we visited St. Peter’s Basilica. On the spur of the moment, we decided to “drop by” and see what the fuss was all about. I had no idea. I grew up a Protestant, so knew only a little history of Popes and Basilica and even less about Michelangelo. Sure, I had heard his name. A taxi dropped us off in front of  St. Peter’s Square and we walked via the Colanade towards the entrance and the tail of a long line of people waiting to enter.

As we stood in line an American voice interrupted our excited chatter. He introduced himself as a Jon, a Jesuit Preist and amateur historian studying at the Vatican. Jon asked us if we had anyone to guide us around the Basilica? He said that there are so many details we would miss if they were not pointed out to us, and it would be his pleasure to guide us. We accepted his offer and began an adventure that would set the scene for the video you are about to watch.

Jon escorted us on a personal tour of St. Peter’s, pointed out that Michelangelo was the architect of the dome, and that the statues on the ceiling where designed to look lifelike in size and the grandeur and intention behind the architecture, art, and ambience were to uplift, inspire and connect the average person with the ethereal, the divine. To bring a visitor up to meet God, and to make the intangible and unseen real, reachable and available. We are in awe and had an ascension experience.

Jon described the Renaissance to us, its origins, ideas, and impact on modern life. We were moved to tears that the threads of life run from ancient times to today and not only do we share a common experience, but the challenges and solutions are so simple then and now. Most people only believe things when they see it with their own eyes, so they built art and architecture to bring the concepts, values, and virtues to life to make them reachable by everyone.

After we had exhausted ourselves exploring the nooks and crannies of the Basilica, Jon invited us to join him for dinner at a restaurant located in the basement of a building, which turned out to be the ruins of an ancient Roman Villa. We ended the evening in the wee hours, full body, mind, and spirit. Jon invited us to join him for Christmas Mass with the Pope a few days later and organized the tickets.

Mass with the Pope is a highlight of my life. The feeling, cries from the crowd of “Papa, Papa” are unforgettable.

The entire experience was deeply moving and inspired our work, to take the concepts, values, virtues, and to create a physical environment that would bring them to life. This is how the idea behind building a Leadership Center with high-tech, high-touch, combining the best of classic design and proportions with modern technology, materials and staffed by a passionate team who share the vision to make a difference in other people’s lives, was born. To demonstrate the principles of valuing employees, of soundscape and spa office, lighting and all the intangible elements that make for the world’s best, most productive and effective workspace and educational environment. From the moment a client walks through the doors, they feel uplifted. Inspired. More connected. They sense, touch and feel a new possibility. Beauty is infused into everything.

After this initial visit to Rome, we visited Milan, Venice, and Florence the birthplace of the Renaissance. We have studied the classics, history, art, architecture, etc. and returned to Rome for additional adventures.

The vision that Anjou and I shared to create a network of Leadership Centers around the world, for like-minded leaders and professionals has taken a few unforeseen twists and turns; however, it is very much alive and in process. 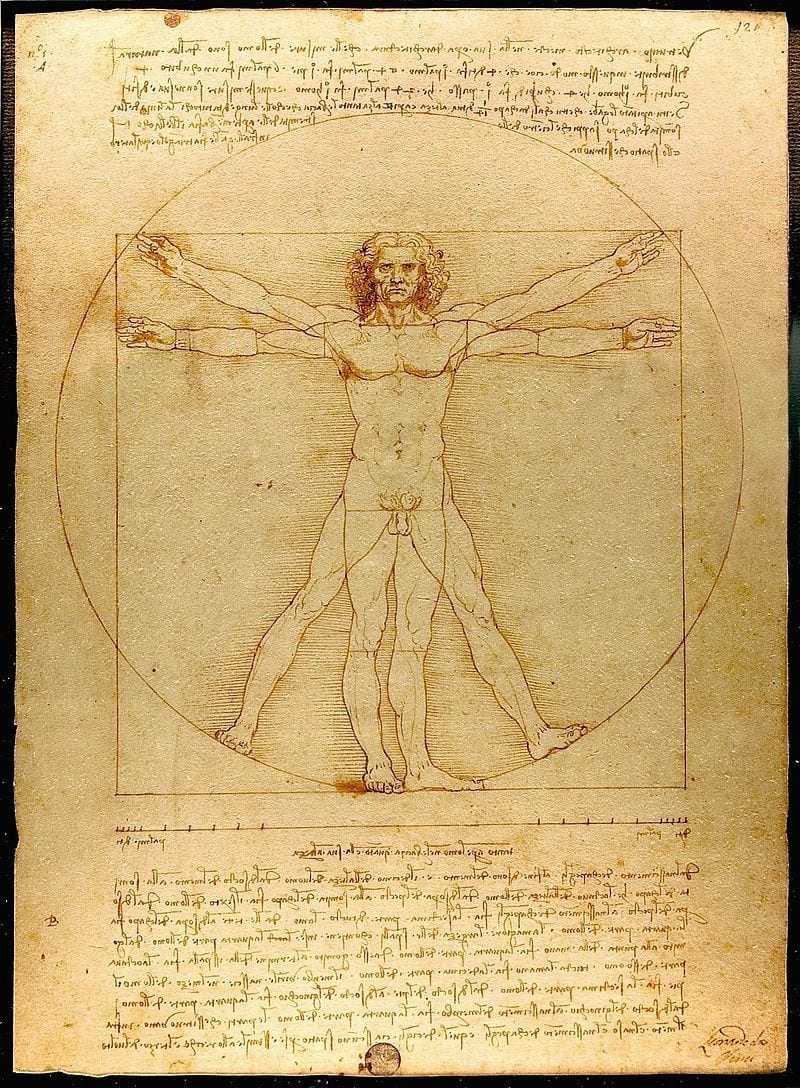 This is the classic Vitruvian Man which was drawn by Leonardo da Vinci in 1490, which happens to be right in the middle of the Italian Renaissance.

Can you see the connection to Renaissance for Leaders?

Let’s usher in a new Goldzone Age by bringing back the focus on the lost values and inspiration of previous Golden Ages combined with the best of modern knowledge and technology.

Leadership Advocate and Co-Founder of the Goldzone Group. I help leaders to master the new rules of leadership for the new economy. Over the past 30 years, I have visited over 500 cities in 54 countries to explore, learn from, and help many of the world’s leading companies, leaders, and luminaries in the fields of science, technology, health, finance, entrepreneurship, and leadership.

Children Born Today Will Live to 120

Misunderstood words have an enormous impact on our comprehension of a subject. Many of us feel stupid when we encounter a word we do not understand or cannot pronounce.

In order to become a Master of any subject area requires that we develop an in-depth understanding of the nomenclature of that particular field.

The solution to this is to be conscious of our stuck attention and any words that make us feel dumb or ignorant and to look them up in a dictionary or this sites Glossary.

This Glossary was compiled from the American Heritage Dictionary, Oxford Dictionary, and works of Andrew John Harrison and Anjou MacPherson.